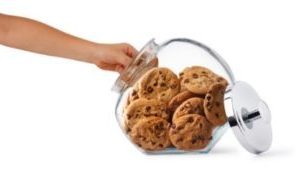 Ray lives alone in a single-story, 2 bedroom home with his jack terrier, who never seems to stop barking. Ray has terminal lung cancer.  He is a quiet man who is humble and asks very little.  Ray was treated for his cancer but when it became apparent the cancer had continued to spread at an aggressive pace he declined ongoing treatment.  He receives only oxygen therapy and narcotics at this point, both intended to ease any pain he may be experiencing. He is in home hospice, where nurses visit him regularly to monitor his condition and pain medications.

Ray has been divorced for more than 30 years. A CareAparent caregiver is with Ray 3 days each week, doing his laundry, keeping his house clean, making meals, and making sure he is safe and comfortable.  The rest of the time, his children take turns caring for him.  Two of his children and one of his grandchildren share the primary responsibility for his care. They are kind, loving, and supportive of Ray.

Owen also lives alone. His two story, 2 bedroom home is fairly clean but run down. His wife passed away a few months ago.  Owen has severe Alzheimer ’s disease, which has progressed since the death of his wife.  Although she was in assisted living for more than a year, Owen was miraculously able to find his way to the facility and back by riding the bus, visiting his wife every single day. He also managed to get to the bank and grocery store on a regular basis. The disease, however, has stolen from Owen the ability to understand how to make deposits at the bank, take money out, write checks or balance his check book.  His washing machine had been broken for months, so Owen simply went without certain items, like underwear and clean towels.

Owen has children but they are fully absent from his life despite living very close to his home.  Only after adult protective services became involved did his son agree to assist him in getting his monthly bills paid.

Both Ray and Owen are kind, gentle men. We do not have the benefit of their history and we do not know what type of men they were when they were younger.  We serve them in these last chapters of their lives.  What we do know is that both of these men have been victims.  They have both been inexcusably, appallingly exploited financially – by their own children.

In Ray’s case, one of his daughters agreed to help with Ray’s care by staying overnight at his home each night.  Instead of watching over him to be sure he was comfortable, cared for and safe, she over-medicated him with his narcotics to assure he slept through the night. Once he was asleep, she helped herself to his debit and credits cards and headed out to the casino. Ray’s other children took swift and immediate action, obtaining an injunction preventing their sister from contact with her father without supervision and assuring she had no access to his money or banking.

In Owen’s case his son, who really wanted nothing to do with him and only reluctantly agreed to help Owen with his bills at the county’s insistence, used thousands of dollars of Owen’s money to pay his own bills and expenses.  Adding insult to injury, the son never paid Owen’s bills, leaving Owen on the brink of having basic services like water and electric shut off.  For Owen, it fell on the county to petition the court for a guardian and conservator to make personal and financial decisions for Owen and put a stop to his son’s heartless exploitation.

According to the National Center on Elder Abuse and the National Council on Aging, financial exploitation is one of the most common forms of elder abuse.  In 90% of abuse cases involving the elderly the abuse is perpetrated by a family member. It is no surprise then, when we learn of or suspect that a family member is in some way harming or exploiting one of our clients.

As mandatory reporters of adult abuse or maltreatment we often encounter the most heartbreaking of circumstances working with our clients. As caregivers we do everything we can to serve our clients with love and compassion, but we also do what we can to protect them and preserve what they have. Perhaps more tragic than a client who always seems to be alone is a client who has a family member manipulating their age and condition for personal gain.  Sometimes it means reporting a family member to the adult abuse reporting center.  It is distressing but necessary. It is part of our job.  But is it quickly becoming everyone’s job.  As our aging population continues to grow and the number of elderly reaches staggering numbers, we all have a responsibility to be aware, to spread awareness, to report what we suspect, and to protect the vulnerable in our communities.

If you suspect that a friend or family member is being abused, neglected or exploited in any way, please contact the Minnesota Adult Abuse Reporting Center at 844-880-1574.  For more information about abuse of the elderly and how you can help, visit the National Center on Aging (www.ncoa.org) and the National Center on Elder Abuse (ncea.acl.gov/).

Lisa McLeod Lofquist is an attorney and co-founder of CareAparent™, a home care agency for seniors.  Contact Lisa by email at lisa.lofquist@careAparent.com.